ARE WE LOST or are we ON AN ADVENTURE? 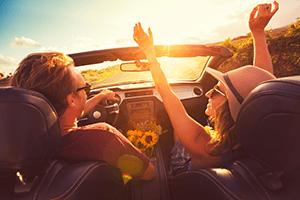 I was recently chatting with someone who told me she is directionally challenged. She often makes wrong turns; finds herself in areas she is not familiar with; and when not sure where she is, settles into a panic attack about being lost. I asked her if she was lost or on an adventure?

When I was a child the word adventure was used a lot by my parents. They would often tell me and my brother that we were going on an adventure. Sometimes we ended up at fun places: a picnic, a park, the beach. Other times I think they were just saying that to keep us from realizing they had no idea where we were. Some would call that lost, they called it an adventure. Maybe it was their way of keeping us feeling safe because for many not knowing the way can be scary. Honestly though I think we all believed it to be a fun and exciting journey.

When I got older and moved away the sense of adventure showed up in many ways. When it came to driving it was no different. I often would turn down streets I had never been down before just to see where I ended up. I often spent afternoons just driving in areas to see what I would discover. Living in Central New Jersey I often found myself in farmlands, or near hiking trails I didn’t know before and other hidden gems.

Years later I developed a friendship which to this day (and forever) will be my best friend. We met at work and to balance our demanding jobs we would often go hiking, on weekend trips, etc. In the beginning when we would lose our way she would profusely apologize that we were lost. My response, “We’re not lost, we’re on an adventure.” Soon that became our mantra. To this day she and I are still going on a lot of adventures. When we don’t end up where we thought we would we approach it with curiosity and most often laughter.

Similar to the driving expeditions I find we can look at life the same way. Sometimes we think we are heading in one direction and we end up making a turn that takes us down another path. The question to ask is, “Am I lost, or am I on an adventure?” I prefer to believe that all of it is an adventure and on this amazing journey you never know who or what you will find.

Share with me if you have every felt unsure of where you were going, and did you feel lost or did you think of it as an adventure?