Being on Stand-by Indefinitely 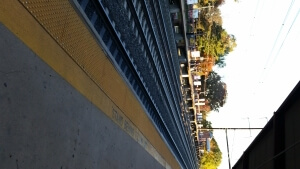 I have a rule that I have imposed on myself: I do not engage with technology until I have gone through my morning routine. This allows me to avoid distraction and stay focused on creating the foundation of my day. It’s true – no checking my cell phone, emails or turning on the news or t.v. in the beginning of my morning. Later in my day, the outside world will grab for my attention, but the start of the morning is for me.

Today, the technology diet was extended into a famine. There are days where I tune out technology for longer periods of time, but today was a work day. I grabbed my things and ran off to the train station to make my way into the city. As I walked onto the train platform a question raised in my mind – did I have my cell phone with me? I knew I had unplugged it before I left the house, but I had a nagging feeling it wasn’t in my bag. Resigned that I would not find it there I checked and sure enough I had left it behind.

I once heard a statistic that more people return home because they left their cell phone than those who left behind their wallet. We have become so used to instant information and contact that it leaves a feeling of emptiness and for some even panic if the cell phone is not within their reach.

For me, especially since I was travelling out of state I felt a bit of loss not having it. What if a client called? What texts would I miss from my husband? What other information did I need today? Still I knew I could make it through my day. Willing to let it go, I knew the world wouldn’t end and I would return to my phone this evening. Then it got a little bit more challenging emotionally.

As I waited for the train I was surrounded by a significant greater number of people than usual. An announcement over the speakers a few minutes later shed some light as to why. There had been some police activity and there were up to one hour delays on the line. The announcement shed some light but not the whole spot light, so of course now my mind ran through all the questions: What happened? When is the next train arriving? And the list went on.

Usually my phone would come out of pocket with a search to find the answers. Usually this method brings up answers. Once at an airport my husband and I, along with a flight full of people, waited what seemed endlessly for our luggage. No answers were coming from the airport staff, but with my phone I was able to get an answer as to the reason for the delay and an estimated time of our long awaited luggage.

But today, with no phone, no inquiry could happen. I would have to wait for the answer. A few minutes later the train arrived (which train I don’t know, because I had no idea how far behind schedule we were). Each seat packed all the way into the city, I eventually made it in.

My phone during the day keeps me up to date on my emails, and much more as you can imagine. Today was the exception. I survived the work day, but then came the next emotional challenge to being disconnected.

I arrived at the train station and just like every week, stood at the boards and waited for my track to be posted. As I watched the time approach my scheduled departure time, no track was posted. Other trains were boarding and leaving, mine continued to read “Stand-by”. What else could I do but stand-by?

Once again the itch happened to pull the phone out of my pocket to inquire why (no answers were given by the staff). Once again I had no phone to do my nifty research into why the delay, how long it would be and when would I get home to my phone. Boy, did I feel disconnected now, as I stood there for over another half-hour watching the other trains come and go.

Finally our train track was posted and many still unaware of the issue headed to the track, eager to head home. Just like earlier in the day, the train was packed, and still no explanation why we were delayed. Twenty minutes later an announcement was made that due to a signal issue there was only one tunnel open, delay time unknown. It is an hour to when we should have originally boarded and we just started moving. Yes, I used my time wisely to write this blog.

Being without my phone I can’t let the person whom I have a scheduled call know I won’t be available; nor can I do a host of other things, but now I am heading home to my phone. Life goes on, but it is scary how dependent we have become on our cell phones and technology.

As for my mornings being technology free, I am grateful for them and will honor that practice ongoing. In regard to forgetting my phone during my workday and being disconnected, I am not a fan. I admit it, I have grown attached to the convenience of instant connection to information and people. I have a feeling I will be less likely to leave the phone behind on my trips into the city after today. But for now, I am shutting down my computer (technology) and turning my attention to reading my book. Yes, that things that has physical pages to turn.

Are you connected emotionally to your technology? Do you let yourself find the times to disconnect? Have you ever left your cell phone behind and did you go back for it? Share with me below.