Looking Inward for Approval instead of Outside of Yourself 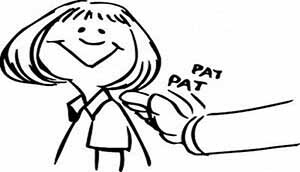 I was recently in a conversation with Tom who had just completed a project at work. He shared his disappointed over not receiving recognition from leadership. When I asked if he thought he had done a good job, I was met with hesitation. Recognition of our work is important and can lead us down a number of paths.

We are our Worst Critics

Have you ever written something, completed a project, or had a conversation and came up with every way it could have been gone better? We are often our worst critics. It becomes easy to see each flaw, wanting to reach excellence. It is important to remember, that just because something could have been improved on, doesn’t mean it was a bad job. It is ok to want to do better, but the key is not to dwell on what could have improved, but what went well.

Importance of Recognizing Ourselves

Over and over again I see individuals failing to take a moment and recognize their own accomplishments. It is easy at the completion of a goal to get caught up in moving directly into the next project or task without taking a moment to reflect on our success. Success may be as simple as completing something you were procrastinating on, to connecting with an audience as you spoke at a meeting.

A great exercise to put in place is to at the end of the week journal your achievements. It provides an opportunity to reflect on the week and all recognize all that you got done. Without this exercise it may seem like you didn’t really accomplish much, but the exercise will have you appreciating all you did.

Too often we look for recognition from outside ourselves for validation that we have done something well. In further conversation with Tom, and his project at work, he knew he had done a really good job, but wanted to hear it from others.

If we look to others to validate the work that we have done or the things we have accomplished we can be met with great disappointment. Instead, if we turn to ourselves for our recognition of a good job or congratulations we are more likely to receive it.

It is Up to You

It is up to you to be your biggest fan. Let go of the self-criticism and celebrate your successes, both big and small. Any reinforcement you receive from others on the great job you did will just be icing on the cake.