Needs Throughout The Year 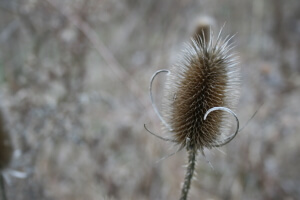 I recently discovered a winter coat that I thought I had previously donated. It sat in a closet where I don’t usually keep my coats. A few days later I put on a pair of winter gloves that were too small for my hands. I had bought them at the end of last season, but I guess I misjudged the size. So here I had two items to donate. For those who don’t know, winter has finally come to visit on the United States’ East Coast. Days have been below freezing.

I called the local Foodbank asking if they were taking coat donations. I knew it wasn’t a usual donation they took, but I hoped if they didn’t need them they could point me in the right direction. My inquiry was met with a story that leads me to what I am about to share with you.

The person who answered the phone told me of a woman who had come in earlier in the morning for food. She was wearing just a sweatshirt. Did I mention we are below freezing, and have whipping winds today? When asked where her coat was she replied, “I don’t have one.” Luckily the Foodbank, which normally doesn’t collect clothing, had one to give her. So when I called later that morning and asked if they needed coats, the answer was a resounding yes.

So off to my closet I went to see what other coats, scarves and gloves I could donate. I had given most away at the end of last season, but really, did I need to keep everything I still held on to? Wouldn’t it be worth it to know I helped someone else stay warm?

Read my previous blog about letting our items go:  https://shariczar.com/having-the-strength-to-let-that-sweater-go/

I even found a coat that had to be mended. I knew it was in the closet, it was one of my favorite coats, but I kept putting off the task. Mending is not something I enjoy, nor am I great at it. But for someone else, I was willing to sit down and bring that coat back to life. I sat there threading the needle, tending to the parts that needed attention. Each stitch along the way I was careful as I thought of the person who would hopefully be calling this coat their own soon.

By the end of all my efforts I had a few coats and things to hopefully make someone have a better day. I drove to the Foodbank and was greeted with kindness and appreciation, all of us knowing that this could be the difference of a few people being able to deal with the cold.

I was familiar with this Foodbank http://somersetfoodbank.org/, I had previously volunteered time there. I asked how the Backpack Project was going and what kinds of donations they needed. I had learned of this program one time when I had volunteered. The program insures students who receive nutritional assistance at school are provided healthy meals over the weekend by supplying backpacks with extra food. The program currently supplies over 800 children weekly in this area alone. I knew it served a lot of children but that number really stopped me in my tracks.

I am sharing this story for a number of reasons.

First, THANK YOU to all the individuals who work so hard to bring these programs and support to those in need in our communities.

Second, often around Thanksgiving is when the Foodbanks get their most donations. It’s a time where many reflect on all they have and think of helping those who may have less. I want to give a reminder that those needs don’t stop at Thanksgiving or the holidays, they last throughout the year.

Whether it’s giving of your time to help sort the donations, or making a donation, please think of how you can give of yourself.

Today my plans changed from how I expected to spend my morning, but I am grateful for the shift in my priorities. I know that my day was better than originally planned and I feel much more fulfilled that I would have otherwise.

So share with me below something that you commit to do in the next week to help someone less fortunate. Let’s together make a difference.