A Small Change can make a BIG Difference 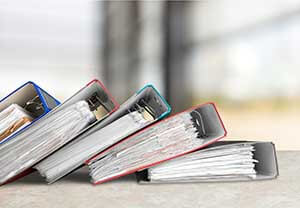 A Small Change can make a BIG Difference

Have you ever walked into a room or opened a closet and felt the “weight” of all the stuff inside? Objects, clutter and all that surrounds you can make you feel overwhelmed, unmotivated and even depressed. The thought of attacking the situation can seem daunting and undesirable, but even the first few steps in releasing what is no longer needed can be freeing.

I was recently speaking with a friend of mine and we were sharing our woes about our home offices. She had recently closed down her storefront and had moved most of the things into her house. She was changing businesses, so many of those things were no longer needed, but she felt dread each time she thought of sorting through the piles.

I felt drained in my home office. I was swamped with papers, and the furniture and wall color that I once embraced, now felt big, ugly and heavy. I wanted a change, but the thought of doing something about it seemed exhausting.

Professional Organizer and author of Organization from the Inside Out, Julie Morgenstern says, “Often it’s hard for people to let go of things they aren’t using anymore because they infuse them with a tremendous amount of meaning.”  It was time for each of us to address the things we were keeping.

Together we committed to clear and update each of our spaces.

Yesterday we met to chat, and we spoke about our progress. My friend had not only begun clearing out the papers and “stuff” she no longer needed for her business, but began updating her space, and boy, she was on a roll. She had not only focused on her office but had taken on the entire second floor of her home. Her face lit up as she shared how her home felt much more open and how liberating it was to let go of things. She found it such a positive experience, she plans to tackle the first floor of her home next!

I too had a lot of progress to share. I tackled each pile of papers, letting go of things I previously felt compelled to keep. I pushed myself to release things that could be found somewhere online or searched, versus kept in a file cabinet. I let go of things I always thought I would go back to sometime but years later had never revisited. By the time I finished, my “stuff” was a fraction of the size of when I started.

It didn’t stop there. A new paint color and a couple of pieces of new furniture were added. I also shifted my desk so now it sat close to the window where I could connect with nature.

For both my friend and I, our spaces had become uplifting, inspirational and welcoming. Was it a lot of work? Yes, but an investment of time and effort I wish had put in earlier. I appreciate that I shared the goal with my friend, as we both challenged ourselves to make the changes.

Change doesn’t have to be huge. A small change can make a BIG difference.

If you have a space that seems cluttered or boring to you, take one step to change it. Have a lot of binders? Pick one to sort through instead of tackling the bunch.

Change doesn’t have to be as significant as buying new furniture, but changing a wall color, eliminating things no longer needed or shifting things around can open a whole new world of opportunity and creativity.

Is there a change you would like to make that you are willing to take on? Was there a space you attacked and it made a difference in how your felt? Share with me below.