Time to Get Out of Your Own Way 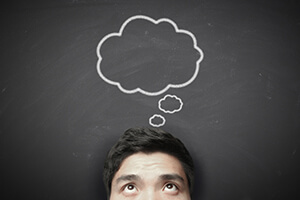 Have you ever stopped to think about the voice inside your head? Through all its chatter at times it may seem that most of what it presents is doubt and fear. Our minds are skilled at offering us stories that create our limiting beliefs.

What if you could change the story so it no longer kept you from moving forward?

Looking at Your Self-Talk

Observe your self-talk. What are the messages you tell yourself during the day, both positive and negative? Do you find yourself saying any of the following?

For a few days, observe your self-talk. What do you find yourself thinking to yourself? What are the messages that are repeated the most often? How do you feel when the messages come up?

The positive self-talk is great, and we don’t want to lose it, we love that internal cheerleader.

Everything we tell ourselves is supported by a story, or an experience. When you visit your negative self-talk, what is the negative story that you tell yourself that holds you back?

Let’s take a look at Kathy and an example of her negative self-talk. Kathy was attending a continued education class and anytime she had a question and wanted clarification from the teacher, her inner voice spoke to her. It said, “Don’t ask the question. If you do it may be a stupid question and others in the class will make fun of you.” Every time Kathy felt a bit lost and had a question, she refused to ask the question because of the negative story that held her back.

When Kathy explored the negative story and was honest with herself she saw it stemmed from something that happen years before. Kathy had been in class and had asked a question. Another student in the class turned to another student and said, “I can’t believe she asked that, she’s so dumb. How can she not get it?”  At the time, Kathy felt awful and ashamed, and it kept her, even years later from raising her hand to ask a question.

Facing What Holds You Back

Kathy decided she was ready to face the negative story that held her back. She recognized that she was letting the story she had heard from her inner voice to create the fear of embarrassment she had experienced years before. When she looked at what could happen going forward if she were to ask a question, she identified a few paths.

One, the question would be answered and help her, and possibly others in the room that had the same question. Two, she could avoid asking the question and remain confused, and prevent her from making progress in her studies. Third, someone in the room could think it was dumb question, and might even make a wise comment about it.

Kathy realized when looking at the third scenario, it was created by the fear she held on to from the past, but even if someone did take in today’s world make that type of comment, Kathy recognized it wasn’t her problem, if she focused on her goal to get her questions answered.

As you look at the negative stories you identified, what can you do to over come them? How can you face what holds you back and keep it from preventing you from moving forward?

Replace the Negative with a Positive

Once you identify how you can move past the negative, replace it with positive self-talk, even if it hasn’t happened yet. What could occur to make it a constructive outcome?

When you get into this habit, you will find yourself moving through your negative self-talk and standing stronger in the flow of positive self-messaging.

Share with me one of your negative self-talk messages and what you will do to move past it.